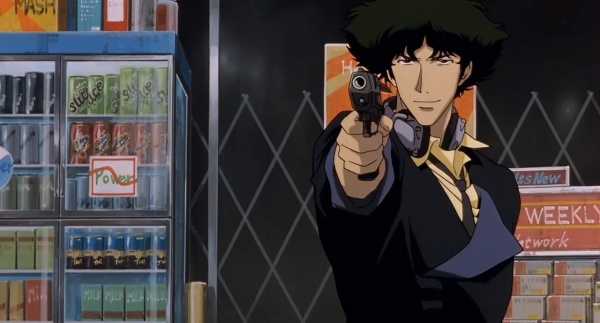 The planet is Mars and the year is 2071. A tanker truck mysteriously explodes, releasing a deadly viral infection throughout a sprawling metropolis. Rather than some doomsday scenario, this is the ignition for a thrilling animated box-office smash from Japan based on the popular TV series. With their crew in tow, bounty hunters Spike Spiegel and Jet Black search for the villainous perpetrator of the attack. Their path leads them to a mysterious foe who was supposed to have been dead for over ten years. (Fully subtitled)