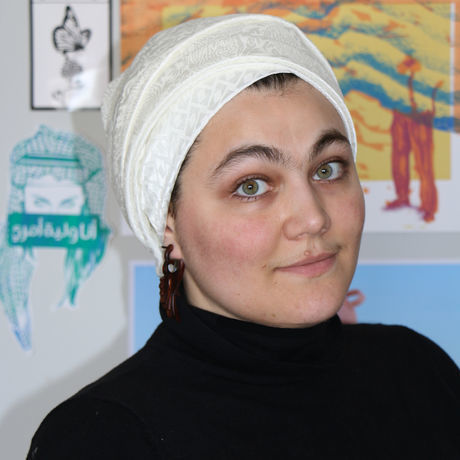 Essma Imady is an installation and film artist based in the Twin Cities. She has exhibited and performed at several key galleries and museums both nationally and internationally including: The Minneapolis Institute of Art, The Walker and most recently the Rochester Art Center. She has been a curator on a number of exhibits, and in 2018 was named Artist of the Year by City Pages.

Essma grew up in Damascus, Syria, where she started her career in 2009, due to the war she was forced to move to Minnesota in 2011 where she continued to expand her vision as an artist. Her practice addresses the political aspects of the personal, the formation of identities, and the complicated political relationship between vision and knowledge. In the course of her career she has engaged with many Syrian communities around the world including Istanbul, Winnipeg and Beirut in an attempt to make sense of her own split identity as a Syrian American, as well as the identity formation of her Syrian daughter who will never see Syria.