Hosted By:
MN VR and HCI 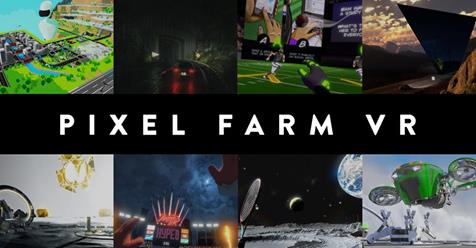 Room-scale VR can be a super effective way to gather a crowd and engage event attendees, but it’s much different than just releasing a VR game. Pixel Farm has created several highly interactive experiences for events in the last couple years, such as Mascot VR at Twins Fest 2018, Character Playbook VR at the Super Bowl Experience, and 3M’s Safe Driving Challenge at ATSSA Conference. Focusing mostly on Mascot VR, we’ll be covering success and failure inside and outside the headset, going over our approach to design, usability, interaction and how to give a great demo to virtual reality first timers.

Ty Burks, Director of VR at Pixel Farm, has led teams in VR the last 3 years developing highly interactive games and experiences across several VR platforms. Former Creative Lead at Owlchemy Labs, he helped create Job Simulator and Rick & Morty: Virtual Rick-ality for the HTC Vive, Oculus Rift, and PSVR. Job Simulator was bundled with the original release of the HTC Vive and continues to be one of the highest selling VR games. Owlchemy Labs was acquired by Google in 2017. Previously Ty worked as a designer and artist in the game industry for 11 years, releasing licensed and original content for PC, Mac, and Mobile.

There are lots on both sides of Pixel Farm.  The one to the northwest will be free for our event, but don’t park in a spot marked for another business.  There is also nearby street parking and surface lots on 2nd Ave, cheaper starting at 6pm.  Get the MPLS PARKING app for Android or iOS to easily add time to parking meters.

About MN VR and HCI:
MN VR and HCI (Human-Computer Interaction) welcomes developers and tinkerers working with all variety of VR, AR, HCI, hardware hacking, creative coding and interactive art.
Members are working on projects with custom displays and lenses, projection mapping, mocap, tiny computers, servos and sensors, interactive statues and a wide variety of VR, AR, motion and computer vision applications.
If you’ve been to our parent group IGDATC meetings, MN VR and HCI is a slightly different format: We aim for smaller group discussions and lots of specific details.
+ Google Calendar+ Add to iCalendar