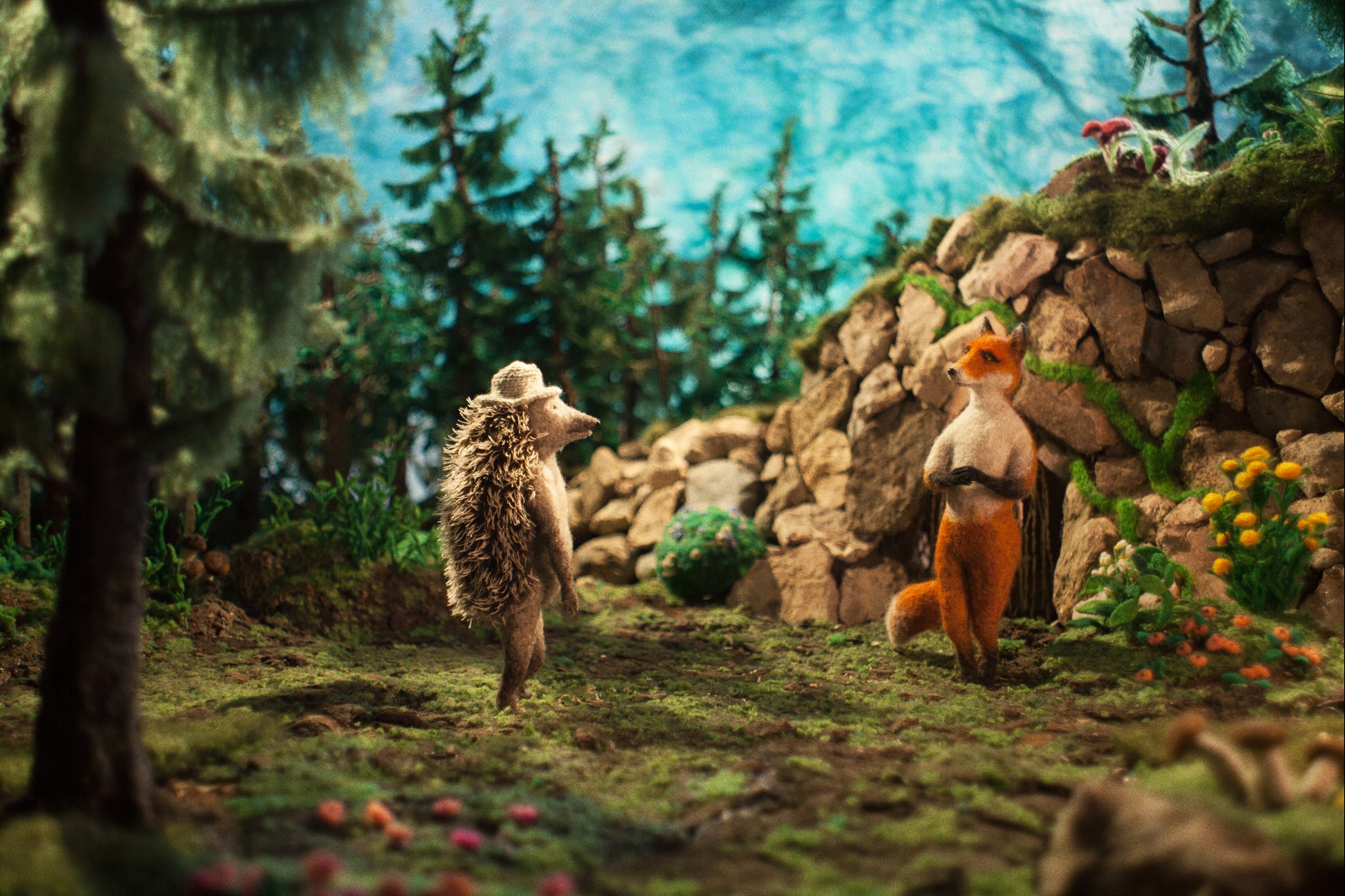 It’s time for the Walker’s annual Kids’ Film Fair! Enjoy new animated shorts from around the globe and the Academy Award–nominated adventure fantasy Mirai from Japan’s Studio Chizu, screening in the Walker Cinema. Videos made by Indigenous youth play all day in the Bentson Mediatheque. Plus, try out stop-motion animation for yourself in hands-on activities designed by local animators.

Free First Saturdays feature free gallery admission on the first Saturday of every month, plus performances, games, art-making, and kids’ films from 10 am to 3 pm. Family friendly food options are available or bring something from home to snack on in the museum’s public spaces.

Animated Shorts: Childish Films
10:30 am and 12:30 pm
Doors open 30 minutes prior to each screening; seating is limited.

A program of contemporary animated short films from around the world for kids and adults to enjoy together.

Penguin
A perfectionist penguin waiter embraces mayhem after a cherry slides off a slice of pink cake. Directed by Julia Ocker. 2018, Germany, 4 min.

Once Upon a Time There Was a House
An award-winning skyscraper is brought down to size by one of its inhabitants. Directed by Svetlana Andrianova. 2017, Russia, 6 min.

My Grandpa Is Hiding
A grandfather spends time with his grandson in a garden and they discuss what will happen after the older man is gone. Directed by Anne Huynh. 2018, France, 7 min.

Jazzoo
Koalas, hippos, elephants, and fish all find their own groove in an animated jazz film. Directed by Adam Marko Nord. 2017, Sweden, 9 min.

Ant
The ants are working together in perfect harmony. But there is one ant who starts doing everything differently. Directed by Julia Ocker. 2017, Germany, 4 min.

A Hole
A little girl is overjoyed when a bean finally sprouts out of a hole in the yard. Directed by Maribel Suárez. 2016, Mexico, 5 min.

Funny Fish
Under the sea, creatures large and small grapple with the discovery of a balloon floating in the water. Directed by Krishna Nair. 2017, France, 6 min.

Two Trams
A big train car helps a little train car stay on time and on track. When one gets stuck, they hitch themselves together and work it out. Directed by Svetlana Andrianova. 2016, Russia, 6 min.

From director Mamoru Hosoda (Summer Wars, Wolf Children) and Japan’s Studio Chizu comes the Academy Award–nominated Mirai, a daringly original story of love passed down through generations. When four-year-old Kun meets his new baby sister, his world is turned upside down. Finally, Kun storms off into the garden, where he encounters strange guests from the past and future—including his sister Mirai as a teenager.

In Japanese with English subtitles. This is a relaxed screening; adults may read aloud to early and not-yet readers. Directed by Mamoru Hosoda. 2018, Japan, 99 min.

This program is part of INDIgenesis: GEN2, a four-week film series screening in the Walker Cinema where Native/Indigenous filmmakers look to the past, present, and future to convey truths about our history to reconnect with Indigenous languages, land, and ways of life. Indigenous Youth Films will screen in the Walker’s 60-seat Bentson Mediatheque.

Ever wonder what it takes to create an animated movie? Join us for an introductory level stop-motion animation experience, designed and hosted by three local practicing animators! Throughout the museum you can make a 2–3 second stop-motion animated movie using found objects, try out fun poses with your entire body at the Pixilation Animation booth (great for families and small groups!), and see a guest animator in action.

Katie Maren Nelson is a freelance animator and director who specializes in animated and live-action commercials, music videos, and shorts. Whether abstract or narrative, stop motion or mixed media, Nelson’s focus remains making work with daring visuals and inspirational stories. She currently teaches animation as an adjunct faculty member at the Minneapolis College of Art and Design (MCAD).

Hallie Bahn is an interdisciplinary artist working in stop-motion animation. Through her narratives and handcrafted sets, Bahn’s practice explores themes of labor, gender, and complicity. Bahn is currently completing her visual studies MFA in at MCAD.

Holly Thorstad is an animator and teacher. She often combines traditional methods of creating animation with digital media, utilizing both to create animation with rich texture and dynamic movement.

Deborah Girdwood helped found the Youth and Childish Films program for the annual Minneapolis St. Paul International Film Festival (2005 to present). She began curating films for families as a lead programmer at Seattle’s Northwest Film Forum. After relocating to Minneapolis, she brought the Childish Films program to the annual film festival, met programming partner Isabelle Harder, and presented a monthly series at the downtown Central Library for Friends of Hennepin County Library (2006–2015). This is her third Free First Saturday film program for families at Walker Art Center.