GKIDS Presents – Castle In The Sky 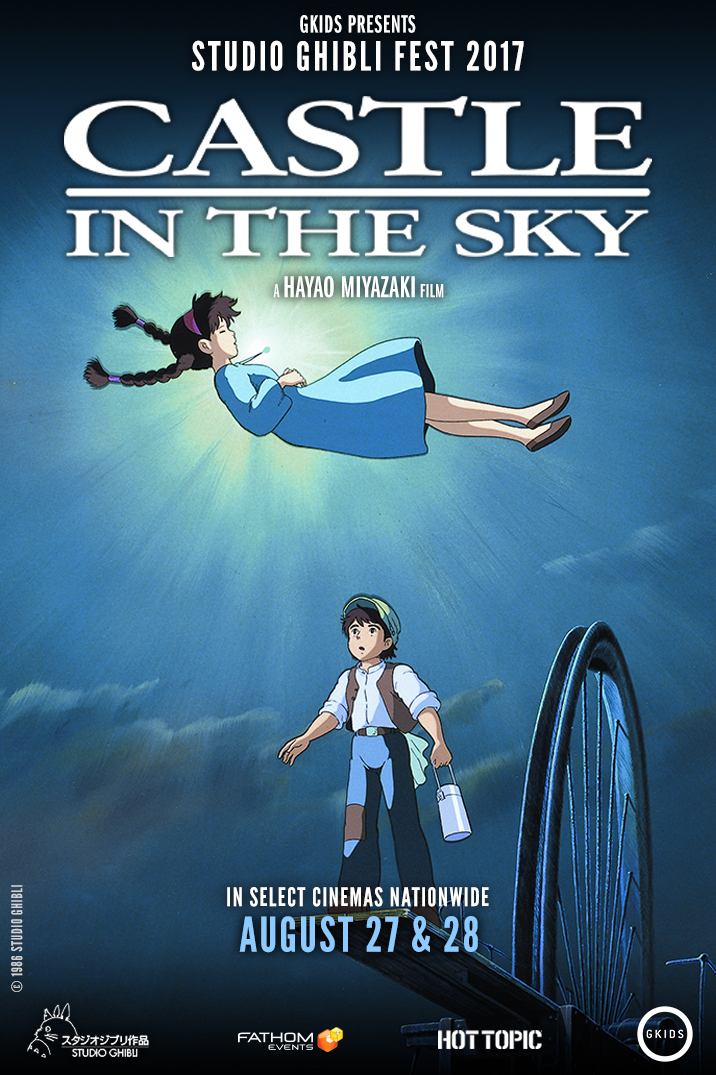 From the legendary Studio Ghibli and director Hayao Miyazki comes a rollicking adventure about a young girl with a mysterious crystal pendant, who falls out of the sky and into the arms and life of young Pazu – a consummate mechanic obsessed with aircrafts. Together they search for Laputa, the floating island in the sky, and site of a long-dead civilization promising enormous wealth and power to those who can unlock its secrets. But greedy pirates, spies, and the army are also all in hot pursuit! As one of Studio Ghibli’s earliest films, and the first to be released officially under the studio’s banner, Castle in the Sky quickly established the studio’s reputation for strong heroines, unforgettable storytelling and beautiful animation.