Setting the Scene with Fraser MacLean 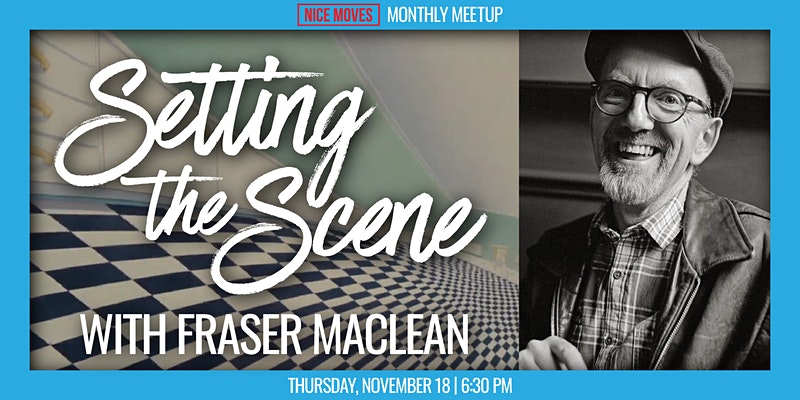 For this month’s virtual monthly meetup, Nice Moves is thrilled to host the animation legend Fraser MacLean! Fraser has been working in commercial animation since 1987, and his screen credits include “Who Framed Roger Rabbit”, “Space Jam” and Disney’s “Tarzan”. We’ll get to hear about his winding journey into animation, some behind the scenes of his book on animation layout, and learn from his infinite veteran wisdom! So you’ll definitely want to tune in to our youtube livestream on November 18th: https://www.youtube.com/watch?v=DuHaAxN6M7g

A little more on Fraser:

In addition to being a part of the SAE México online teaching team, Fraser is also the author of “Setting The Scene: The Art & Evolution of Animation Layout” which was described by Total Film Magazine as “….a museum, a film school and an art gallery all in one”. Fraser has taught at a wide range of different universities, colleges and art schools in a number of different countries, including Norway, Scotland, Mexico, Costa Rica, Lebanon and Austria.

After the livestream, join us for mingling at the adorable, 8-bit virtual-Greyduck on gather.town. We’ll put the link at the end of the stream so you can’t miss it! (It’s literally so cute. You gotta try it.)

For now, stay tuned by joining our Discord group: https://discord.gg/9TBzjRR