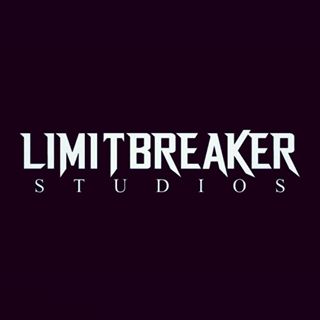 Breaking the Limits with Ben Hughes

Ben Hughes of Limitbreaker studios discusses what it’s like being an indie film maker in the digital era.

In the age of YouTube, the independent film making spirit is forged from equal parts necessity and accessibility. Ben Hughes is one such director, who both takes and makes every possible opportunity to bring his creative vision to life. We talked to him about what it’s like being an indie film maker in the digital era.

Why don’t we start at the beginning? What got you started on the path of making your own films?

Well I first started filming stuff just when I was like 12 years old. Me and my friends, we used to film ourselves just playing basketball. We’d make these music videos – just goofing off. You know? Got the cheapest camera I could find and was filming everything and just being kids. And over time, I guess I got a little bit more serious with it. I started actually trying to write stories and create narratives. I started messing with VFX when I was 14. And a couple years after that, when I was about 16, I started doing music videos for local artists. From there, I just built my portfolio and just kept working.

If you had to guess, how many videos and films have you made?

Of everything? Yeah… it’s probably about 300? About 200 something music videos, and a bunch of random stuff over the years.

And now you’re running your own production company. What’s that like?

I’ve pretty much been a sole proprietor since I was 16 with Ben Hughes Studios. But I’ve most recently decided to change the name and go from a sole proprietor to an LLC. So now I go by Limitbreaker Studios. I really just wanted to keep my name out of it. Do something that resonates with me. Something more unique than just putting my name in front. Plus it works better for other people when they’re working for a company rather than working for a guy.

So what new projects are in the works?

Well my two main projects are The Protectors, and then a new web series that I’m working on called Metamorphosis. That’s going to be the next big thing after The Protectors.

Metamorphosis will probably be 20 minute episodes and each episode is going to be its own story – its own short film. It deals with superhero stuff, but it’s not necessarily about superhero stories. Metamorphosis is about living in a world where supernatural stuff is real, and how that affects the average person. It’s a different way to go about the whole superhero genre, but it’s not even necessarily the superhero genre. Every episode is its own genre, its own story, its own characters.

The Protectors is my first feature film. It’s a sci-fi fantasy about a guy who finds out that his dad is an alien. It’s a coming of age story about this loner who’s struggling to accept help in his life and work with the team.

My end goal is that I wanna keep making movies. I want to eventually make blockbuster level features. I really just want to tell stories and make movies and be creative. Directing and writing specifically. If I had to choose any specific roles: Directing number one. Writing number two. But I tend to do a lot more than that because it’s easier on the low budget level to handle a million things yourself.

Where do you find inspiration and information to learn to do all those things?

Mostly all over the Internet, like YouTube videos and tutorials. Sometimes I just see something and then I imitate it. There’s a lot of different websites that have a lot of free tutorials. And behind the scenes help too – definitely. Pretty much just anything I have access to.

There are visual effects in The Protectors! Did you enjoy that process?

As for The Protectors, I did do all the visual effects shots myself. It’s fun. It’s a good experience. But in the future I’m probably not going to do as many visual effects. There are tons of better people at visual effects and to get the quality that you need – you need a gigantic team. Yeah, I like doing it, but at a certain point it’s not useful for me to be doing that as the director.

You know that moment when you think you know everything, and then boom, suddenly you realize you don’t know anything? How do you keep that knowledge from crushing your momentum?

Well, going into this feature was probably the scariest thing ever. But now I’m actually finishing it. Even though there are tons of setbacks, I’ve come to realize that it is possible. That even when things go bad – it’s sometimes not as bad as you would think. Sometimes mistakes can help. You can learn from them. Sometimes the negative situations have positives.

Even though there are tons of setbacks [when making a feature film], I’ve come to realize that it is possible.

It’s almost like accepting that you don’t need to know everything.

Yeah. I’ve definitely made progress from when I started the movie. Maybe the next one will be just as scary in the beginning; but at the end I will have learned from it.

What has been the biggest production challenge you’ve faced along the way?

The biggest challenge with The Protectors, getting it off the ground, is probably scheduling. Especially when everything is low-budget. Everyone has they day jobs and stuff like that. So you pretty much gotta shoot an entire film, just on weekends. And sometimes, when there’s not the greatest budget, everyone’s commitment isn’t fully there so you kinda just gotta be flexible. Ready to work something out if someone doesn’t show up or even sometimes rewrite scenes on-location. Things can be so hectic when everything is low budget, and you just gotta be flexible. Scheduling and financing. Biggest challenges.

How do you convince your friends to help you?

Lately, these days, it hasn’t been too hard to convince people because I guess people like my work. But in the beginning I really just had to hound them. You know? Just keep pressuring them and be like “Yo. I’m doing this. Come on. You might as well just help me out.”

Hahaha – “You’re gonna be a big star some day!”

Hahahaha Yeah. I guess I just don’t have to do much convincing these days. The people that help like my work, and the people who don’t want to help, I don’t necessarily need their help.

The Protectors recently screened at the Twin Cities Film Festival in October. What was that like?

It was actually a sold out show. We had a decent sized cast and Twin Cities Film Festival was behind it; they were promoting it. I think everyone put their heads together and we managed to sell out. And I guess the quality of the movie helped too.

The experience was fun. Seeing the movie on the big screen and having the whole red carpet thing. That was a really good day. That whole experience was – it was cool. It kinda felt like a glimpse of what’s coming if I keep at it. You know?

You have a really independent spirit. Where do you think that comes from?

When it comes to doing things for myself. In the beginning I had to do all these roles myself. I had to act in my own projects, I had to edit them. Over the years, I had to do it alone for so long – I kind of got used to it. I started liking doing everything myself. It’s only recently that I’m forcing myself to divide the jobs up.

It started out as a necessity. I liked doing it that way, but yeah.

How much would you say YouTube has played a role throughout your career?

I made my first YouTube video back in 2006. I deleted it. Made another one. That one’s still up but I’ve stopped using it. I’ve been doing YouTube almost as long as I’ve been doing all video related stuff. It’s just such a good platform you know. It’s a place that you can share stuff online and get comments and build an audience. I think it’s super underrated. Most people, even to this day, they still think you need to make a movie, look for a distributor, hope you get this deal – it’s kind of a lottery ticket mentality. But with YouTube, you really get what you put into it. It just takes a lot of time. What’s cool about YouTube is that you can build your own company where you are your own distributor. That’s the goal. That’s really useful.

After all this time, what keeps you in Minnesota?

All my connections and resources are here and I feel like I haven’t exhausted everything I can from Minnesota. I know I’m going to have to move to LA eventually, but right now, I don’t necessarily just want to jump into the place where there’s the most competition right away. Once I’m at the point where I’m like, I pretty much got as big as I can in Minnesota. It really depends on what’s going on. It’s got to be the right time.

Let’s say there’s someone who’s like a young Ben Hughes out there; got any advice for them?

Yeah, there’s a lot of things I could say. To any other kids like I was, just starting out, I would just – I mean there’s the cliche things – just keep at it. Practice practice practice.

I would say, keep an open mind. You know? Be willing to take information from places that you wouldn’t necessarily think to look for inspiration. Take inspiration from pretty much anything you can, because you’d be surprised by what is useful.

AND it’s really important to not get too arrogant. You never wanna think you’ve learned everything you need to learn. There’s always more to learn. Like when I was 16 and 17; I started posting my stuff online, I was at the point where people were complimenting me pretty often. I got to the point where I was starting to think I learned all I needed to know. You know? They say when you’re new, that’s when you’re most susceptible to getting big-headed. So yeah. Stay humble & always keep learning.

This text has been edited for clarity and length. You can catch up on everything Ben up to on his YouTube Channel, as well as Buy or Rent his latest film The Protectors today.