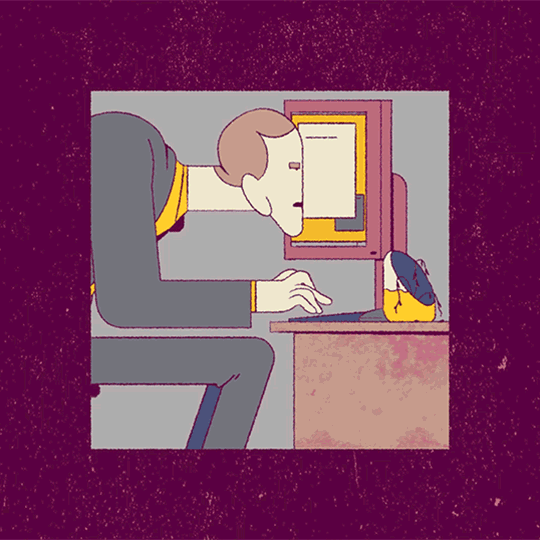 From abandoned animatics to what makes internal projects so challenging, Foreign Fauna gives us a peek behind the scenes of their MET 2017 Best Independent winning short, Deskercise.

It all started with an innocent enough tweet by Peter Steineck

“Planning an Animation Show here in MPLS. like a video zine. Is  anyone interested in an invite?”

Typically, our jobs involve communicating someone else’s message or achieving extrinsic business goals. While we always try to have fun on client projects, the intrinsic need to “have fun” is not usually high on the priority list. We saw those 95 characters as a chance to explore some new creative outlets and just have fun already!

There were very few parameters: around 1 minute in length, must have some kind of story, and spend as little time as possible making it. The deadline was less than two months away and we only had nights and weekends to work on it, so we knew the last stipulation would not be a problem. We’ve made plenty of 2+ minute long animations—another rule covered. There was only one left: “must have  some kind of story”. We were sweating because we knew couldn’t get away with just making some motion-graphicy coolness. We had to write.

We started by jotting down seemingly random combinations of words: “jelly bean monster”, “swap heads”, “hello, goodbye”, “morning routine”, along with the reminder “keep it simple, dumb dumb”. Well, swap heads and morning routine gave birth to the idea “what if putting on your head was part of your morning routine”. We started thumbnailing immediately. Along the way more scenarios popped up—we couldn’t help but explore what else could happen in a world where you could change your head as easily as your shirt.

We did what nobody would ever recommend you do on a tight timeline; we threw out the animatic and started over.

After creating our first animatic (above) we realized that there was NO WAY we were going to hit the deadline. We’re only two people and too much of the short would have to be drawn frame-by-frame (a very labor intensive process). We did what nobody would ever recommend you do on a tight timeline; we threw out the animatic and started over. Somewhere along the way, we forgot to “keep it simple, dumb dumb”. Thankfully, we didn’t have to start from scratch—we had a character design 😛

Our thinking went something like:
But where could we put a businessman? An office, I guess? Ow, my back hurts. But what’s exciting about an office?  I need a stretch break.

In order to get this thing done on time, we knew we could not afford to frame-by-frame the whole thing. Foreign Fauna was just starting out, so we didn’t have the funds to hire freelancers. That meant we were going to be relying on After Effects to do most of the heavy lifting. This affected how we approached the animatic. We had to be mindful of how much of a shot had to be hand drawn vs. animated in AE. If a shot was too heavy on frame-frame or too long, we had to throw it out or chop it down. For example, the very first shot was created and animated completely in After Effects with one exception—the hands. The hands were a simple 6 frame loop that was drawn in Photoshop and tracked into the shot later. The shot where the main character (we never named him) stands up and his arms get all noodly was short enough that it made sense to animate the entire thing in Photoshop. Each shot required a certain amount of experimentation in order to find the right balance between Ps and AE. 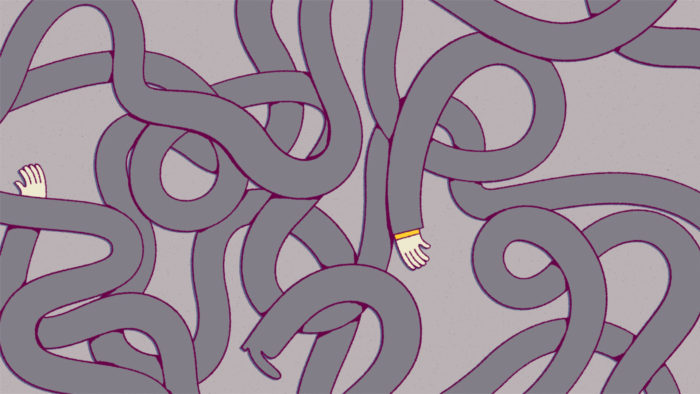 A shot that was recreated after Boa was released.

Because Emory is very noncommittal when it comes to colors, we completed the entire animation in greyscale and saved color decisions until the very end. Coloring can eat up a huge amount of the production time, especially if you’re going for a line-free look. We made the decision early on to keep the outlines, but we were still concerned with the amount of labor needed. Paint bucket to the rescue! No, not in Photoshop—in After Effects. By splitting up one shot into multiple layers and keyframing the fill point, we were able to color all of the shots in a fraction of the time it would take to do it “the right way”.

Smack dab in the middle of production, BAO released a new AE plugin called Boa. It’s a tool that matched so perfectly with what we were trying to achieve that we threw out a couple shots and rebuilt them in Boa. We won’t dive too deeply into why Boa is great; maybe just take our word for it, ok?

Will people have as much fun watching it
as we did making it?

Because client projects have clearly defined goals, it’s easy to be confident in the work you create. It becomes a simple yes/no question of whether you met a client’s needs or not. However, there is no set definition for success when it comes to personal projects. At the beginning I mentioned that our goal was to have fun, but, there’s always a little question that creeps into the back of your mind as you click upload: “What will other people think?” Will people have as much fun watching it as we did making it?

One of our biggest worries is that we created Deskercise in a vacuum. We didn’t really consider the context of this piece in the larger Hellevision Television Episode 1. Was it too long, too short? Did we put in enough effort, too much effort? Because this was the first Episode, there was no standard to measure Deskercise against. Whether the reception was good or bad, we knew that we were happy with what we created.

Thankfully, and, we must admit, somewhat surprisingly, the response to Deskercise was incredible! It was very validating for us as a new studio. Having fun was so important to the creation of Deskercise that it has become one of the main pillars on which we run Foreign Fauna. 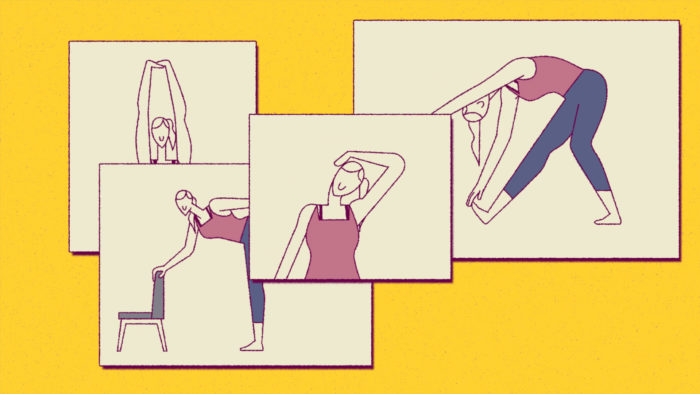 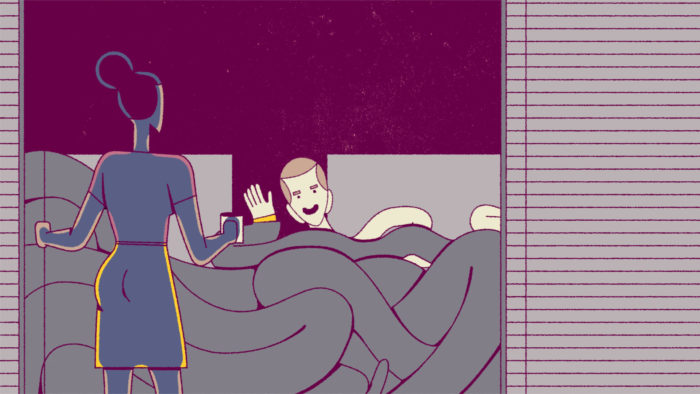 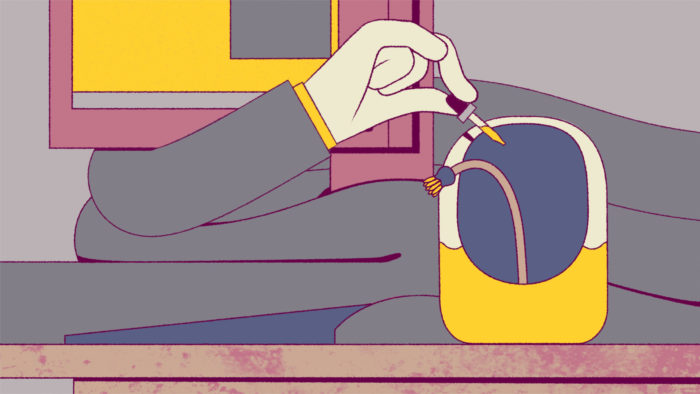 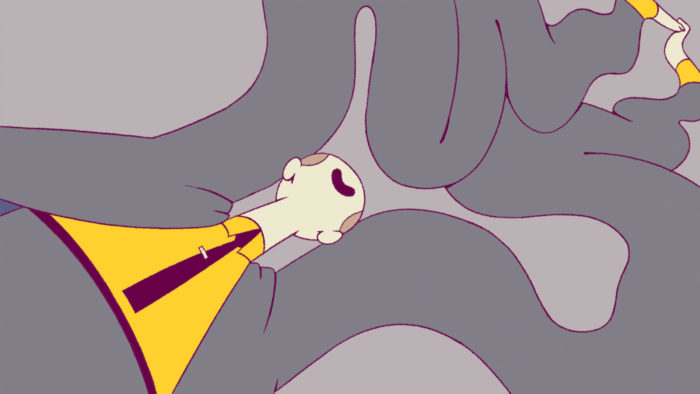 Foreign Fauna is an animation studio based in Northeast Minneapolis.
If you have a question for them, drop them an email: hello@foreignfauna.com