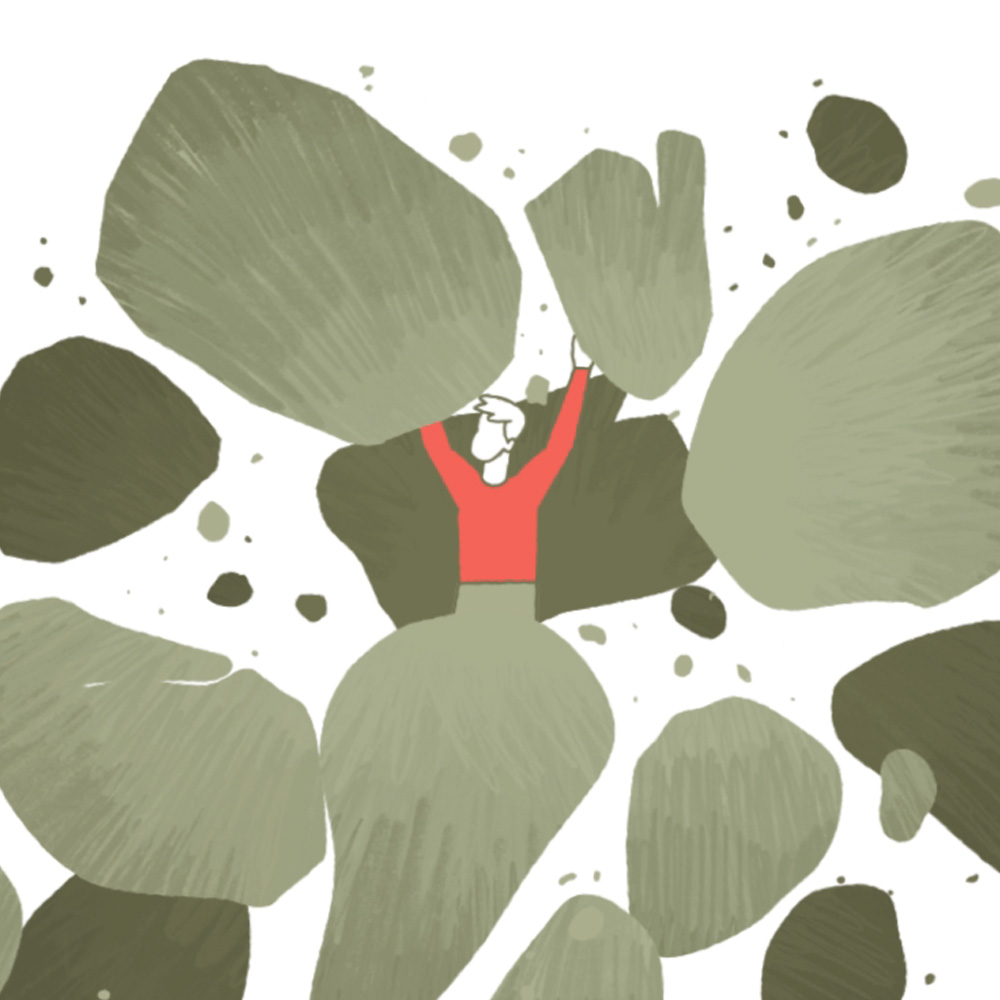 Emory Allen of Foreign Fauna takes us through the surreal feeling of being asked to create a Google Doodle.

Getting The Call (errr Email)
It was a Tuesday like any other Tuesday; then the clock struck 6:42pm. An email came in with the subject line “Animation for a Google Doodle?” We had had a few high profile RFP’s fall through recently, so when we responded with “We are available and would definitely love to hear more about the project!”, we didn’t really expect to hear back. We delivered our first styleframes, our first animatic, our first rough animation, our first final edit—through all that, it still felt like the project could disappear at any moment. 8 weeks later, 5 stories later, 9 minutes of animation later, we are still pinching ourselves.

Initial Exploration
With the weight of this project pushing us forward, we were eager to create some styleframes. On this kind of timeline, there wasn’t much room for guessing. The thinking was, make a confident decision and deliver, get client feedback, and make another confident decision. You can see below, our initial approach was extremely different from where the pieces ended up. 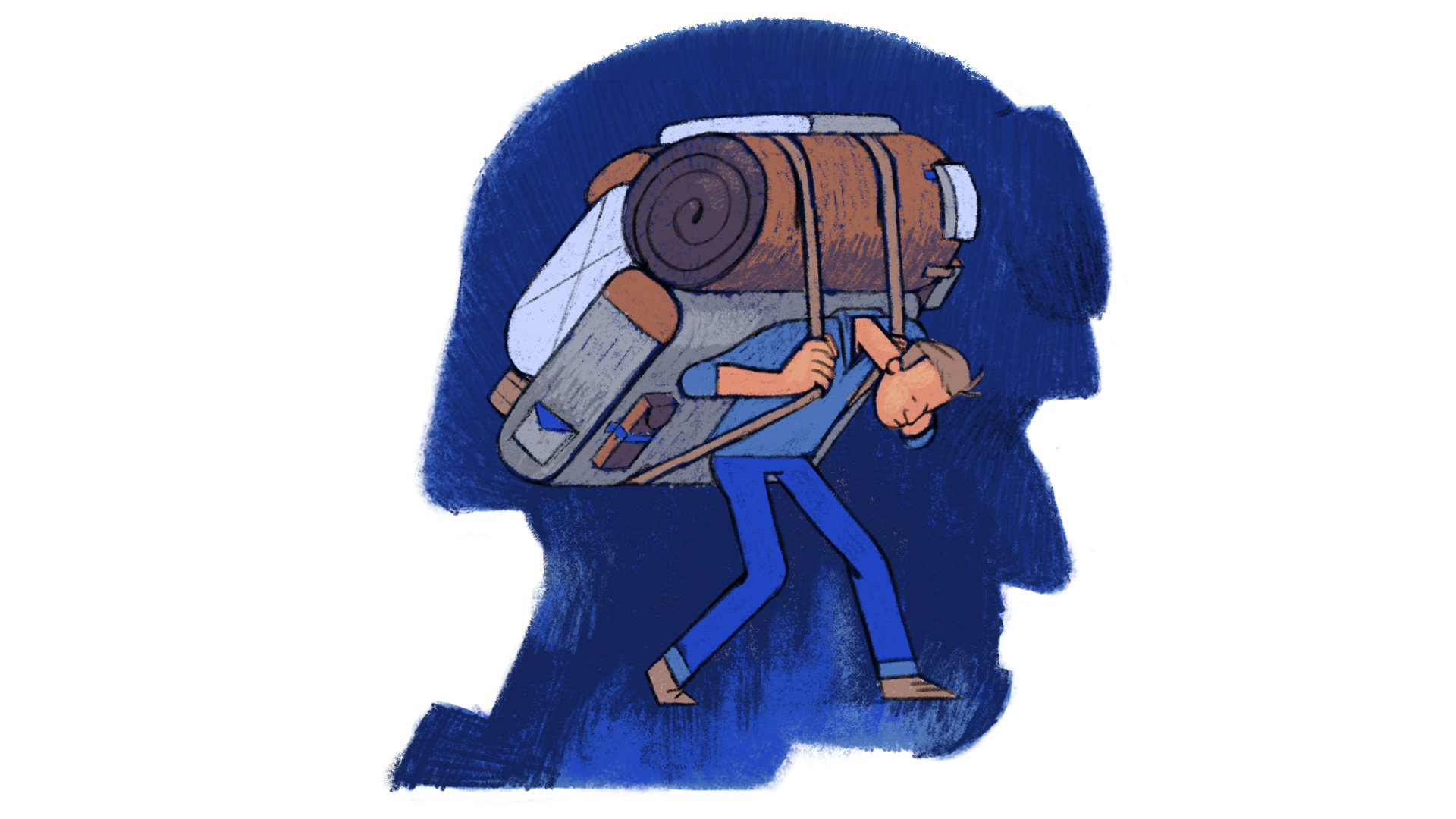 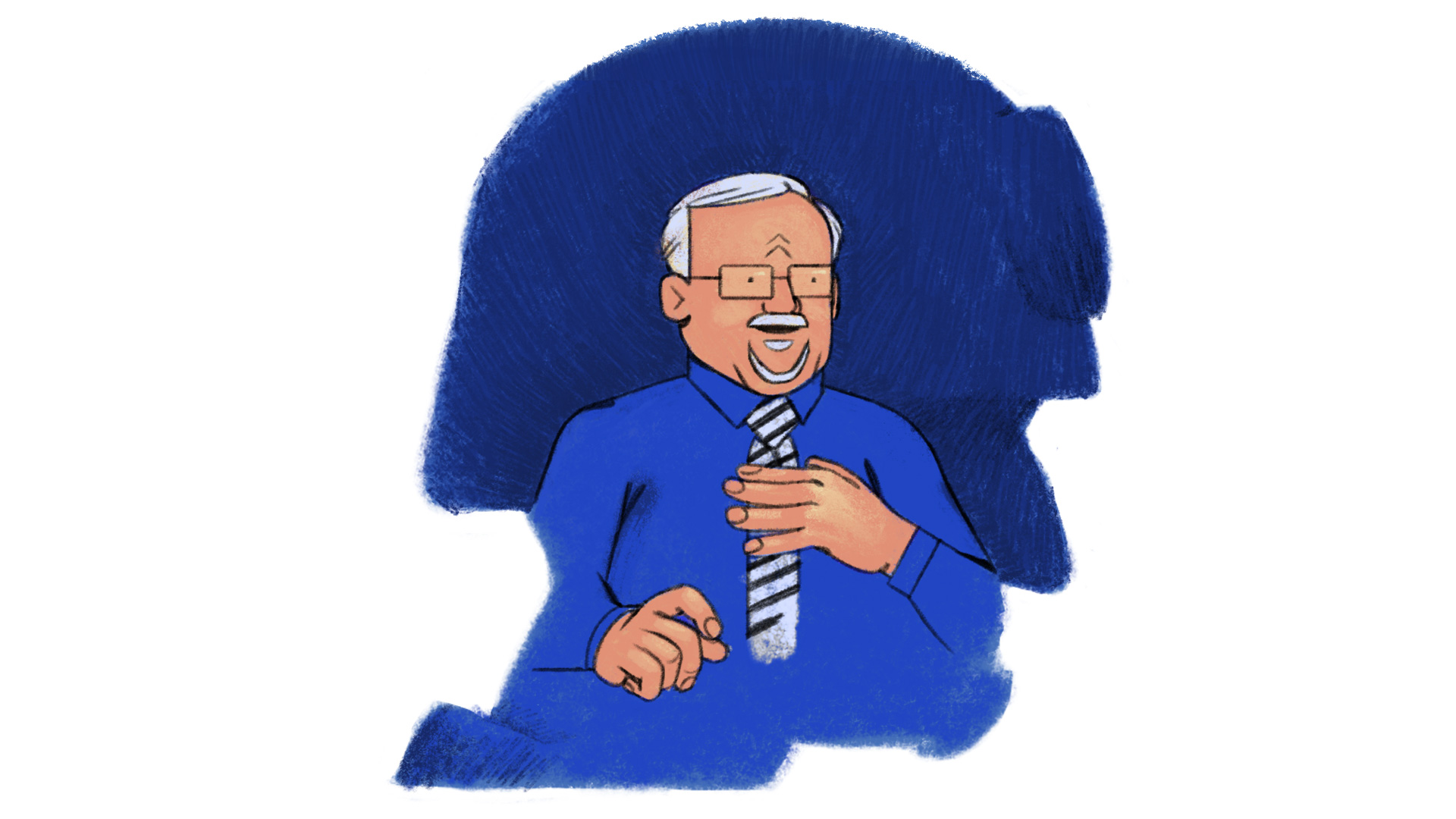 The most important part of our initial exploration was trying to discover the right tone. We went into this project with the understanding that the animation is there to serve the story. How do we balance our desire for fancy, trendy animation techniques with the gravity required for these kinds of stories? Initially, we erred on the side of animation taking the back seat. Those first styleframes represent a see-and-say approach—if someone is talking, show them talking. Even though we tried to take an animation-light approach in order to highlight the stories, this method actually accomplishes the opposite. If we don’t elevate the visuals, we’re not doing everything we can to honor the stories. We had to ask ourselves “Out of all the animation studios out there, why did they pick us?” Google wasn’t just looking for random hands to make things move. They really were looking for a creative partner. Our driving value here at Foreign Fauna is empathy. That became our driving value for this project. It was no longer about trying to show what it looked like to go through these experiences. It became about conveying what it felt like to go through these experiences.

The Value of a Good Team
Before we really started on this project, we knew we weren’t going to be able to do it alone. But, we had to wait until we had a direction to fill out the team. You wouldn’t hire an electrician for a plumbing job, would you? Knowing that we were going for a more conceptual route, our first choice was Peter Steineck. Peter, creator of Hellavision Television, values quick creative concepting. Our second addition was Anna Faught. Even though we had never worked with her before, all evidence pointed to her being an incredibly skilled animator.

We would be remiss if we didn’t count the client as part of the team. Thanks to Erich Nagler, Art Director at Google Doodles, the project ran extremely smoothly. He really worked with us to come up with creative solutions and he was our champion when it came to internal reviews at Google.

Trust doesn’t come easy: it is earned. I’m not going to lie and say there weren’t bumps along the road to trusting each other. I think everything only worked because we did truly believe in what we were creating. That belief frees the team from taking feedback personally. Feedback is not an attack on your or your abilities. Feedback exists to make the project stronger. It also means that feedback was never a one way street. If there was feedback you didn’t believe served the project, that feedback was tossed out.

You can see our best approximation of a Gantt chart. This much work over 7.5 weeks required a detailed accounting of where every spot should be at what date. Not pictured are the daily checklists I would make for myself: a notebook filled with scratched out to-do lists. If this suspiciously sounds like micromanaging, you wouldn’t be wrong. It does sound that way. However, we really did trust our team. Everyone on the team had specific goals, and everyone was honest with their ability to meet those goals. Trust requires honesty.

Falling Dominoes
Because this was a very concept-heavy project, most of our revisions occurred during the storyboarding phase. The concepts had to be the rock solid foundation that everything else was built upon. Storyboarding took just as long as animation. While it might sound frustrating to be “stuck” at the initial stage, it actually worked more like setting up an elaborate series of dominoes. When you take time to set ‘em up right, it’s so satisfying to see everything fall into place.

We actually hadn’t revisited styleframes for a full 2 weeks after the ones shown above. That means that we were 2 weeks into the project, and we had no idea what it was going to look like! Trust. The. Process. We made a confident decision, presented one set of new styleframes, and cheered as the dominoes started to fall! 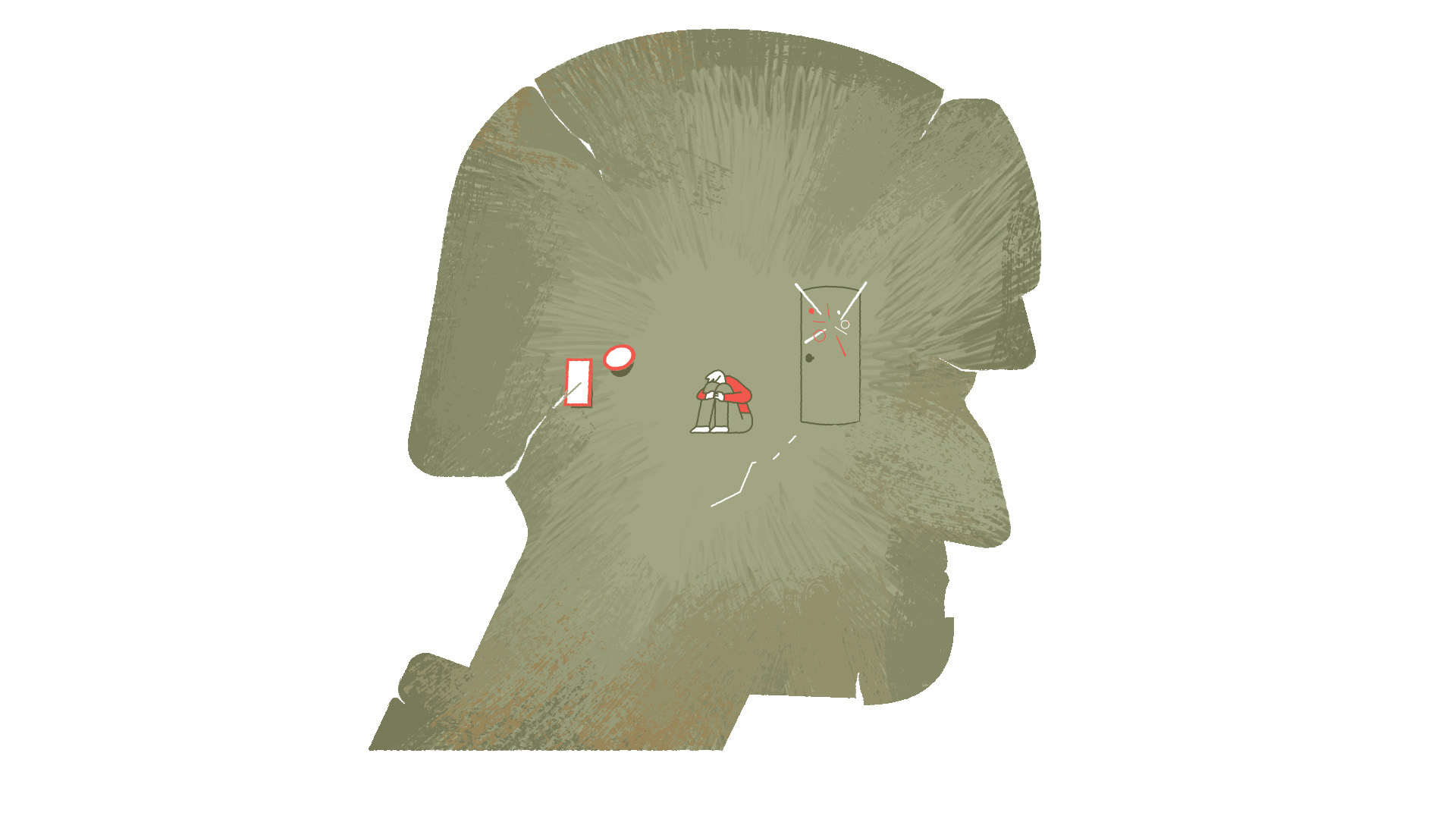 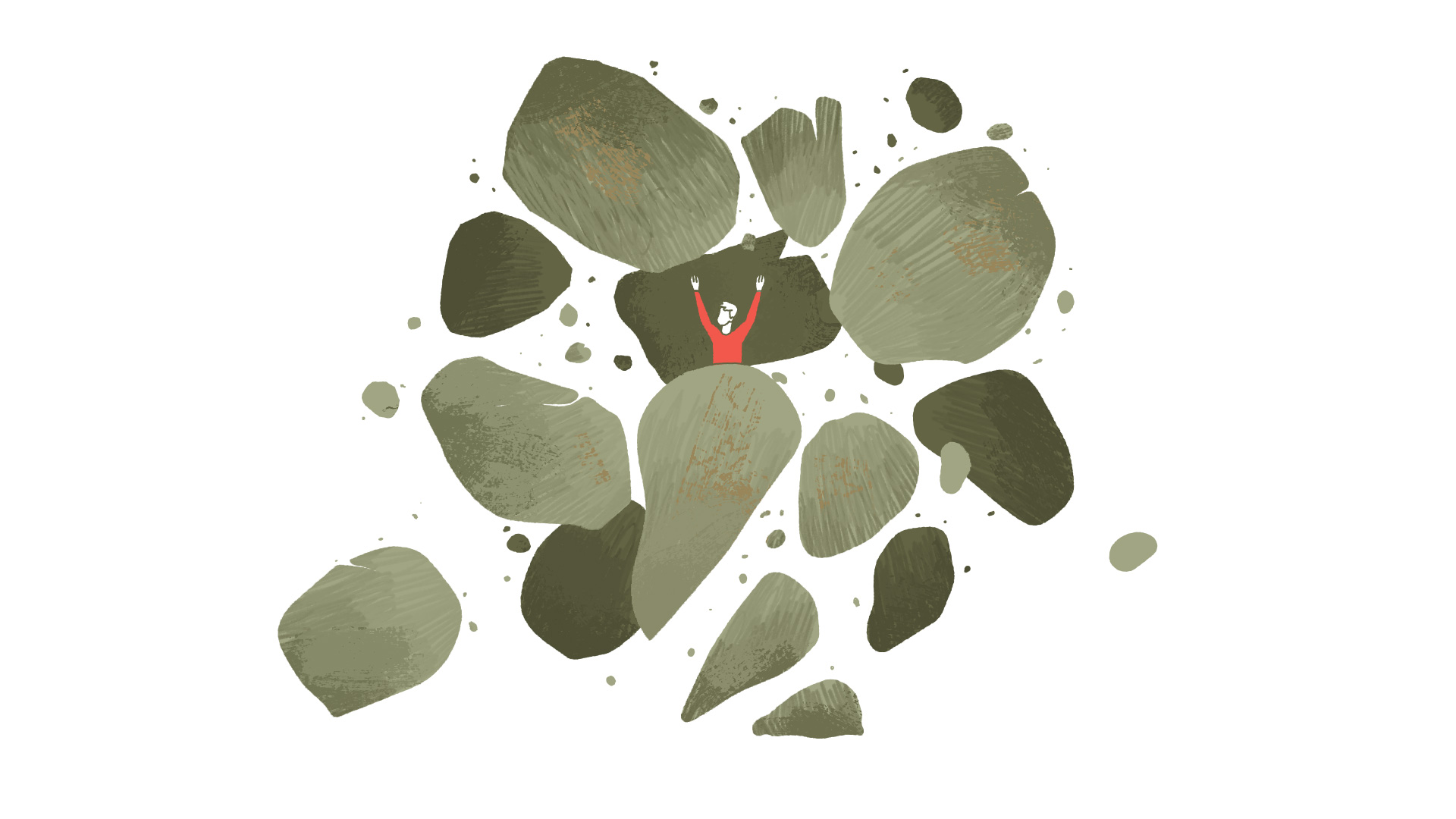 Overall, it was a very collaborative process. Shots were being passed around based on schedule and project needs. If a shot was handed to someone else, it was not personal. It was for the good of the project. In a workflow like this, there is a worry that individual voices can get lost. So, if someone wanted to own a shot from top to bottom, all they had to do was say “I want to own this shot from top to bottom.” Trust. The. Team.

Here are all 5 completed pieces!

The most surreal part of this whole thing is the Behind The Scenes video! A production crew and Erich Nagler flew into Minneapolis for one day to talk to us about this whole crazy ride. Anna and Peter were working remotely with us, and obviously we were working remotely with Erich. But, for that one day, we were all in the same room talking about what this project means to us.

Behind the Doodle: Veterans Day 2018

When we started Foreign Fauna, our dream was to be able to use our love of animation to tell stories that matter, stories with empathy. We didn’t imagine that it would lead us to such a personal and impactful project. Both of my parents served in the Navy, and Alicia has several family members that have served in various branches of the military. Huge thank yous to our families. Thank you to veterans for your service and sacrifice. Thank you to Google and StoryCorps, for giving us the opportunity to bring these stories to life. And, thank you to Peter and Anna without whom this project would have been impossible.

Previous Spotlight
The Other Side with Ashley Jahnke
Next Spotlight
Freelancing: 11 Months In with Greg Stewart