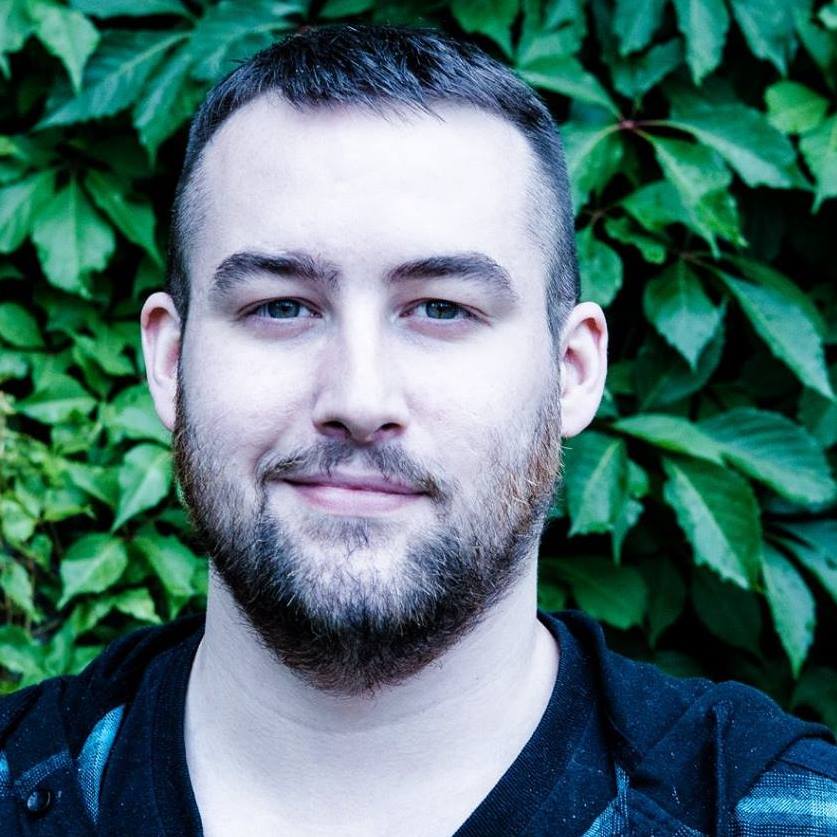 How do you cut down your life’s work into an exciting 2 minute package? Editor Blain Traughber shares his favorite reel editing tips.

Freelance Editor Blain Traughber specializes in promotional media and narrative storytelling, and has been a Nice Moves Mentor since 2018.

Start off with something eye catching.
This is extremely common advice but it is worth repeating. Always try to lead with something that’s really going to grab the viewer’s attention. There are tons of different ways to achieve this—try to find what works for you and your style. Make your title card really pop out visually, infuse humor early, show explosions and action, or a really epic establishing shot. Get your viewer invested right away.

Don’t hesitate to alter your source footage, even if it’s animation.
This can include speeding up or slowing down your footage. For example, ramp up into a higher velocity to increase the impact of an action, or “hit”, before returning to normal. You can also have multiple pieces on screen at once. Or you can create a mask with parts of your existing work for unexpected transitions from one piece to the next.

Don’t be afraid to experiment with your presentation.
This doesn’t just have to be a slideshow of your work with some music to keep it going. I approach reels like music videos. Pay attention to the music to create cohesion between the rhythm of the song and your visuals. The degree to which you do this will vary based on your style, but it’s absolutely worth experimenting with. Additionally, this will show your ability to consider the overall picture as well as the individual pieces.

Humor is really powerful.
If you can make the viewer laugh, they’re pretty likely to remember you. Try to inject some humor if you can.

There are several different types of “sync” you can use to establish a connection between visuals and audio. These are the most generally used:

Beat Sync
Beat sync is the most direct and commonly used way to establish sync between visuals and audio. This is usually done by cutting on major beats in the audio. By doing this, your edits will follow the natural rhythm of the music and create a pleasing visual pattern.

Mood Sync
Mood Sync is adhering to both the general pacing and tonality of the audio. For example, you don’t generally want to juxtapose high-action visuals with calm audio, unless you’re doing it in a way that is deliberately meant to subvert audience expectations.

Internal Sync
Internal Sync is matching an impact in a visual with a sound in the audio. This ranges from something simple like a punch landing on a kick drum hit, or something a bit more abstract like matching twiddling fingers to a wind chime. This is where sync can get really fun and theoretical. Often, internal sync will inform my scene choices and pacing. People will notice the cohesion subconsciously whether they actively notice it or not.

Lyric Sync
Lyric sync is when your visuals reflect what is actually being spoken or sung. It is more commonly used in music videos, movie trailers, or explainer videos than demo reels. If you go overboard in basing your scene selection on what is being talked about, it can negatively impact your flow or pacing. It’s usually something I add as an accent to a cut or scene selection.

Play with including some of your source audio.
Just about any scene that has heavy character acting might benefit from dipping the underlying music track and showing the viewer the full context of what you’ve put together. You want to be careful where you do this, as it can be jarring if the underlying music track dips up and down too often; compartmentalize these pieces in a smart way.

Transitioning smoothly from different pieces of work in varying styles can be challenging and visually jarring. But, there are several ways to make “hard cuts” (cuts with no fading or effects) flow more smoothly.

Directional Flow
If your first clip has the major subject of the frame moving from lower left to upper right of the screen, continue that same motion in the clip afterwards to create consistency. Once you have matching directional flow, you can play with cutting at different points within the motion to tweak your pacing.

Major Shapes
If you have a close-up shot of a character’s face, it’s common to try and play with the circular shape of the eyes in the transition. This technique goes hand in hand with directional flow and both play off each other when it comes to effectively directing the viewer’s eye where you want it.

Patterns
Like I mentioned with “Beat sync”, if you create a pattern (“rule of threes” for example) either with your visual subjects, or with how you cut to the music, you can start to create context for the viewer. For example, they’ll start to expect a hard cut on every 4th beat in a measure, providing a consistent experience.

Similar Visuals
If your first shot in a sequence is predominantly orange and blue, put shots around it that have similar color tones. Or group shots by brightness level. Maybe neighboring shots share similar subject matter. If you have several works that have quadruped subjects, put them together in an interesting way. When you have pieces being shown for only a few seconds at a time, you want to make sure that every single frame of it is being paid attention to and absorbed; organizing your visuals helps achieve that.

Just the Best of the Best
Trim all the fat you can. I know it can be hard to cut your work down to just their essentials, especially if you want to show off a shot that you put a lot of time into. But a reel that is lean and mean is more effective.

Here are a few more examples of reels that exhibit some of the techniques I’ve talked about. It’s actually a little challenging to find really tight, well edited reels, even among top industry animators. Putting a little extra care into your reel can really set you apart.

Previous Spotlight
Getting Started in Stop Motion with Adam Loomis

Next Spotlight
Keeping it Local with Valerie Lockhart