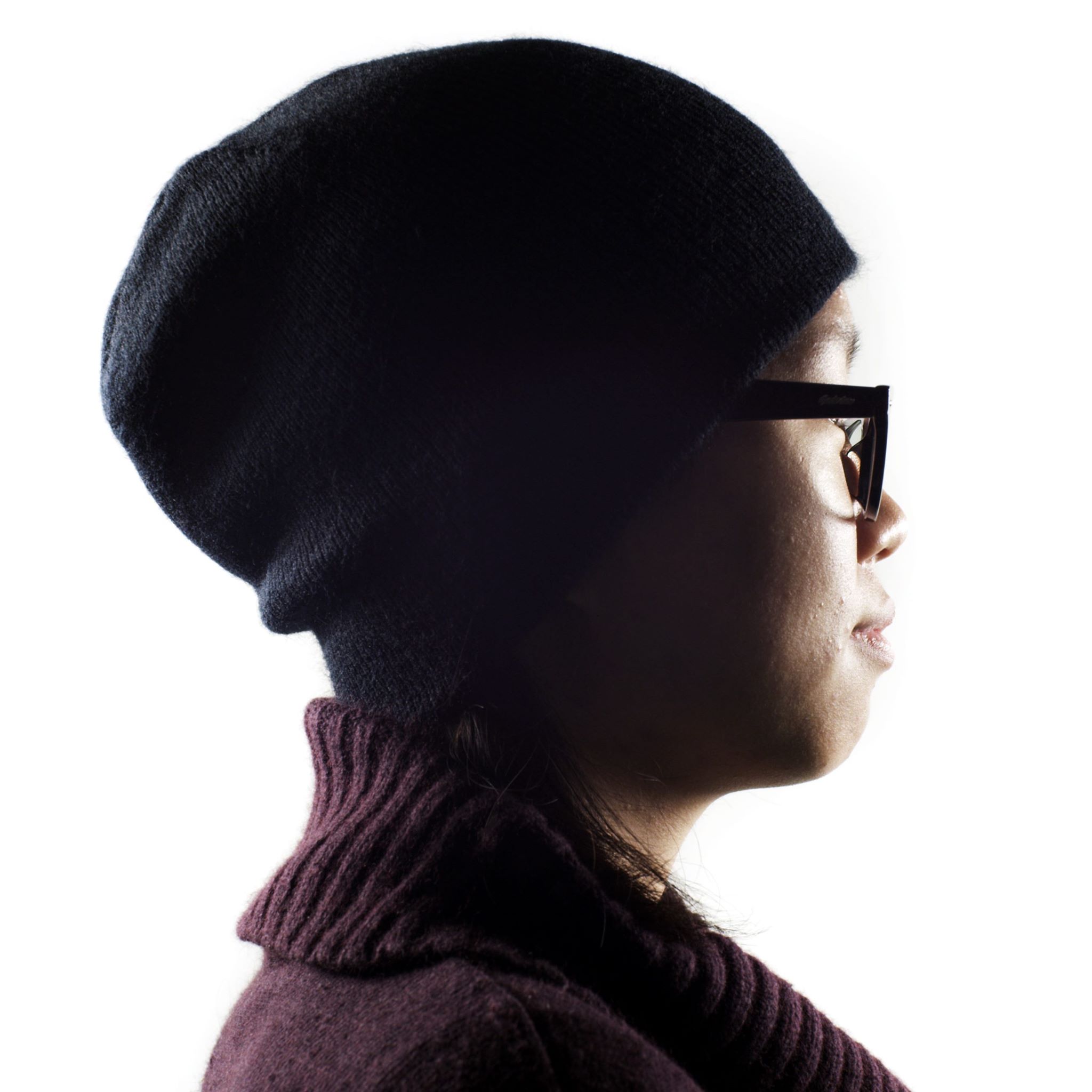 Jackie Heeyun Kim joins us to talk about the joy and frustration of specialization vs. exploration.

Jackie is the artist behind one of the more striking pieces we’ve seen in our instagram feed lately. You know the one with where a snake emerges from a wolf’s mouth? With work so polished, it was surprising to hear that her life and career seem to be defined by the universal push and pull we all feel, whether it’s comic art vs. animation, 2D vs. 3D, or living in Korea vs. the US.

What got you started in animation?

Actually, I never thought I’d be doing any kind of animation because I always wanted to be a comic artist. I started learning fine art first, because fine art is the fundamental of all types of visual art. I started learning art first as a hobby when I was a kid. Then once I got into middle school, I started thinking about it seriously. I went to art high school in Korea and went to university focusing on painting. I spent most of my school years on painting and drawings, but I’d kept this idea, “I want to be a comic artist.” So I kept making my own comics outside of the school hours. After I graduated from college, I worked with an experimental art agency for about a year, then I realized If I don’t do comics now, I wouldn’t be what I wanted to be. So I came to Minneapolis, went to MCAD, pursuing an MFA degree in comics.

I’m still not doing comics in the end. But honestly, I don’t regret what I’m doing now.

[Creating fan art] helped me to build and think about who I am.

Had you done much animation before your internship at Make in 2013?

No, never. Internship at Make was my first ever animation experience. Once I participated in some projects, I realized, “Wait a minute, I can actually animate something. I can actually do this.” I mean, I’m not at Disney animator level of course, but I’m capable of animating at least. That was the moment when I found another version of myself.

Do you see a big difference between practicing comic art and animation?

I think a lot of people are scared of frame by frame animation because they think “I have to draw this thing how many times? It was so hard to draw it once!” I can definitely see improvement in your work because you’ve had to draw and draw and draw.

I mean to be honest I feel like I draw less than when I was a student. At work it is not like I only do hand drawing. I’ll be still animating something but using different tools where there is no drawing involved in it. Like three out of five days, I don’t draw anything with my hands, but still I’m animating and creating something.

Do you get antsy when you’re not drawing for those three days?

That’s the part I’m still struggling with because back in Korea, if you are preparing for art college especially, you have to pass the drawing test. If you’re junior high or senior high in Korea and start art college preparation, you just only draw the same particular objects in a photorealistic way from all different kinds of angles. Which means I grew up with the almost like…how do you put it? I made this weird head space where, I keep telling myself this thing you have to draw every day and fast and accurately. But it’s not the only art, you know?

I thought I broke that rigid mentality. However I still have some residue of that mindset and feel guilty about not drawing more often. I feel like my drawing skills are getting rustier and rustier and try to force myself to draw more like very fundamental stuff like figure drawings. So, sometimes I feel like I cannot just enjoy drawing for myself almost. And that’s the part I’m currently working with.

How do you deal with that?

Well, I’m still trying to figure out how to deal with it. Recently I started learning ZBrush. I’ve been wanting to be that kind of artist, who is capable of 2D and 3D. Like you know some 2D artists they can translate their drawings to 3D so well. I admire those types of artists. It’s still kind of slow, but I found that the desire has been growing.

[ZBrush] kind of feels like drawing, but not really because you are sculpting a subject in a 3D space. But even so, it requires me to think more differently than usual. It is still within the same area but it’s just different enough and makes me think with a fresh mindset.

I’m still trying to figure out what to do with that kind of frustration. But I think for now, the best way is to try something different. Try something I’ve never done before.

We forget that drawing everyday can be fun. Like when you’re a kid and just trying all sorts of different things, everything’s fun.

I guess when I was a kid, it was not about the materials to draw something. It was more about the subject I draw. I remember I drew a lot of animals, a lot of chickens, and a lot of horses. I remember myself as a kid saying, “I will never draw human beings.” You know, in some kids drawing books there is a blank page and there is a question, “What would you like to become when you grow up? Draw what you’d like to be.” I drew a chicken there. Then in middle school and high school, I drew a lot of fan art, just like my favorite bands like Linkin Park, Marilyn Manson.

What do you find interesting about doing fan art?

I just get the chance to draw something I would enjoy. It is just like, I draw my favorite subject and it’s Geralt the Witcher who is awesome, handsome, great. That is my favorite game character. Fan art definitely helps passing beyond the frustration with drawing practice and then kinda makes the drawing experience more enjoyable. If I don’t know what to draw? I’ll draw Geralt!

Making fan art particularly has more meaning to me, because I could do a lot of thought experiments in a creative way by doing that. Like I’m questioning why do I like this? For example, I drew a lot of Linkin Park, then I kept thinking about it asking what is the best part of Linkin Park? Why do I like their music? Eventually I found myself analyzing all my favorite stuff. By analyzing my favorite stuff, that’s how I kinda found what I am good at or what I’m capable of and what I like as an individual. It helped me to build and think about who I am.

I’d never thought about that. By really thinking about the stuff you like, it helps you find…

Where do you see yourself going in your career?  Do you want to do more comics or are you kind of thinking more animation?

I’d like to be a good generalist toward more 2D side. 2D generalist with one foot on 3D. Even recently, I’ve been struggling with the idea, like should I just be really, really, really good at one thing or, should I be just good enough for many different things? Sometimes just being a generalist makes me anxious because it often makes me feel like I’m lost. I’m a kind of animator, and also I’m a kind of comic artist. In other words, I’m not committing to anything, which makes me feel rootless. However, recently I realized “Wait a minute, there is a title called generalist. Yeah, a generalist sounds suitable for me.”

Do you have something that you’ve learned that you feel is really important?

Communication. Communication is really really important. As English speaker as a second language, when I was at school I thought, “My English is fine.” Well, when I started working at Make, even still now, I feel like maybe I’m shitty at English? So I guess it all comes to clear communication, really. I’m still figuring out what’s the differences between the time at MCAD and that at Make, because I was totally fine when I was in school. Everyone seemed to be understanding what I was saying and that I had no problem with the faculty members and I was totally fine with class and all this stuff.

Do you think maybe it’s just the pressure of being in a working environment where there’s like deadlines and there’s team members that are relying on you. Because when a when you have a deadline, you need to communicate your idea very clearly to both the client and the people you’re working with, right?

It is more like I have to communicate clearly because what I say about my idea would be transferred through my boss, which means my boss should be able to understand my idea clearly so that he can explain the concept to a client correctly or more appealing way. That’s where another recent struggle has been coming from mostly, the communication.

I guess back in those days at school, including myself and the other fellow students were just focusing on their own stuff. You know, it is not like we were in the position to deliver our ideas to someone else for their business or other things.

When you’re in school, you only really have to try to get your idea across. Whereas at work, it’s not just your idea. It’s your idea plus the client’s goals. On the flip side, sometimes at Make you get to work on internal projects like your awesome wolf piece. You are exploring what you want to do. Do you find that the working environment is valuable for internal projects?

Yes, of course. Some people may do their internal projects at home. If you’re really active online, I guess it would be easier to interact with and get feedback from other artists online, like all over the world. But me as an individual, I’m not that much active online. I’m a very quiet person online. My workplace is pretty much the only place where I can get some inspiration and motivation. The personal growth wouldn’t work out pretty well if I’m not at my workplace.

So finding a community that you trust is important, whether it be online or at work or your friends.

Yes, I’ve gotta say, I admire people who can find real good communities so easily through the Internet. There are so many communities, and there are almost too many. I don’t even know where to start. So in my case, my community is definitely at Make although I would have to try to expand the venues outside of my work to share inspiration and motivation.

(This text has been edited for length and clarity.)